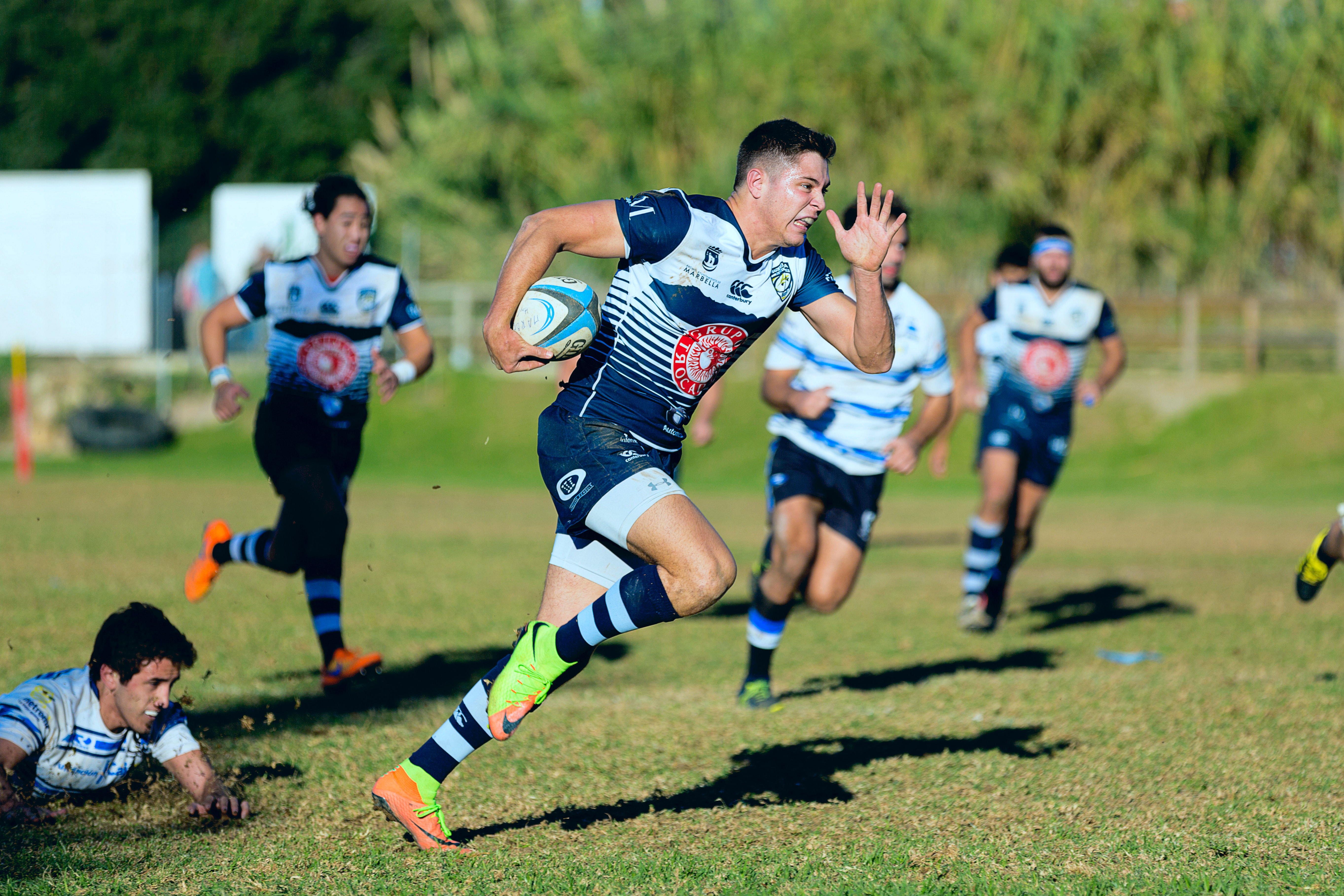 Improving your sprint speed is vital for on-field performance.

It doesn’t matter if you’re a forward or a back, the faster you can move the better.

We have recently spoken about the benefit of squats in our rugby training & fitness guide. Without a doubt, squatting will help you as a rugby player.

But… does squatting actually improve sprint speed or is it simply a mass builder?

Many people claim that gaining mass on the legs will slow you down over time. That adding more weight on your legs in theory, will increase the weight of your lower body and thus making it harder to move them.

The issue with this theory is that the added weight is muscle. It’s not dead weight like fat.

Muscle DOES something, it helps improve your output and with more fibres the more power you can generate.

Let’s break down the different type of fibres we have a better understanding of how they can improve our sprint speed.

Fast twitch fibres use anaerobic metabolism to create fuel, because of this they are better at short rapid bursts of energy, but fatigue quickly.

Fast twitch fibres produce the same amount of energy as slow twitch per contraction but can fire more rapidly which of course means they can create far more energy in a short amount of time compared to slow twitch. Having a lot of fast twitch fibres would be beneficial to a sprinter as power output is increased.

These fibres can use aerobic and anaerobic metabolism equally to create energy. They are basically a cross between type 1 and type 2 muscle fibres.

Now that we understand the different type of muscle fibres it is obvious which ones we want more of to have better sprint speed, which is type 2b.

More type 2b fibres mean we have more rapid-fire fibres in our legs. The more of these the better as we can generate more power and thus increase sprint speed.

The first study we will talk about is the one done on high-level soccer players. The aim was to see if there was a correlation between half squat strength and sprint speed.

Here is the abstract:

The study basically proves that increasing strength in half squats has a direct effect on sprinting performance. Although this study doesn’t prove increasing squatting strength increases type 2b muscle fibres it does show that increasing the strength of the muscle itself does increase sprinting performance. So step 1 to improve sprint speed would to be squat heavy between the 3-5 rep range, concentrating on the concentric part of the lift ( exploding upwards ).

Study 2 is an exciting study. This will contradict study 1 but when heavy resistance training is done for an extensive period of time, let’s say 3 months. Type 2b muscle fibres change to type 2a muscle fibres which are opposite to what we want as that will hinder sprint speed ( less quick rapid fire muscle fibres ).

Here is an abstract from study 2:

Biopsies from the vastus lateralis were analysed for muscle fibre type distribution and number. As was expected, there was a decrease in the proportion of fast twitch IIb fibres (from around 9% to 2%) during the resistance training period. The researchers expected that the proportion of IIb fibres would simply be restored to pretraining values during the detraining period. However, they found to their surprise that the proportion actually doubled to around 18% after three months of sedentary living!

The bolded part is the vital part, so the fast twitch 2b muscles changed from 9% to 2% after 3 months of heavy resistance training. They then resumed their lives without the heavy resistance training, the amount of type 2b muscle fibres didn’t just restore back to 9% they actually doubled to 18% which is great news for sprinters or athletes interested in increasing sprint speed.

So what now? Train for 3 months with heavy squats and then stop? Obviously we cannot just stop training as we need to stay conditioned all season. There is a method we can use tho that will be effective. During pre-season, a heavy resistance training period of 12 weeks should commence with the focus on increasing strength. As I stated in previous articles to maximize strength, power and speed all 3 must be trained in conjunction to each other. This would be the strength part of the training. After this period is finished we can train hypertrophy, speed work and strength together by training all 3 equally. This will not be considered heavy resistance training as speed work and hypertrophy generally use lighter weights. A good and well-recommended training programme that is proven to be effective is Dr Layne Norton’s PHAT training system which can be viewed and downloaded here.

So the steps so far are as follows:

Are lunges good for sprinting?

Yes, lunges can be a great exercise to help improve your sprinting speed. Lunges work your leg muscles, which are essential for generating the power and force needed for sprinting. By doing lunges regularly, you can improve your ability to generate that force quickly and explosively, which can help you sprint faster.

In addition to improving your leg strength and power, lunges can also help improve your balance and coordination. This is important for sprinting because it allows you to move more efficiently and control your body better as you sprint. So, not only can lunges help you generate more power, but they can also help you use that power more effectively.

Of course, sprinting is a high-intensity activity, so it’s important to start slowly and gradually increase the intensity and duration of your workouts as you get more comfortable. It’s also important to warm up properly before sprinting, and to stretch and cool down after your workout to prevent injury. But if you’re consistent with your lunge training, you should see some improvements in your sprinting speed over time.

This will be step 3 if you are not lean enough already. Becoming leaner has it’s obvious benefits as lower fat levels mean less excess weight which means you will be able to run/sprint faster. You become more efficient. I would recommend not going over 15%bf and trying to get lower to around 10%. You will see a benefit when you become leaner at around 10% body fat.

An interesting video to watch is ” Cristiano Ronaldo: Tested to the limits “. Basically at the start of this video Ronaldo is faced with a  test to beat a professional sprinter in 2 exercises. One is a straight line 40m dash and the second is a zigzag 40m dash. The results were what the researchers expected, Ronaldo lost the first race by half a second due to his posture not being as good as the sprinter. The sprinter had better stride length and leg movement. The 2nd race Ronaldo won as his body has been trained to have quick bursts of speed coming from different angles. His shorter stride length here helped him win by a comfortable margin of 0.7-0.8 seconds. So what do we want as a rugby player?

As rugby players, we mostly run in linear lines as there is only one direction we need to go which is to the try line! Compare that to football when players need to be able to run in all directions all the time. We must utilize both variations but concentrate on increasing stride length and posture to become a more effective straight line runner.

At Rugby Warfare we don’t give out information unless it has proof behind it, that is why we will always provide you with evidence from independent research studies to prove and back up our points!