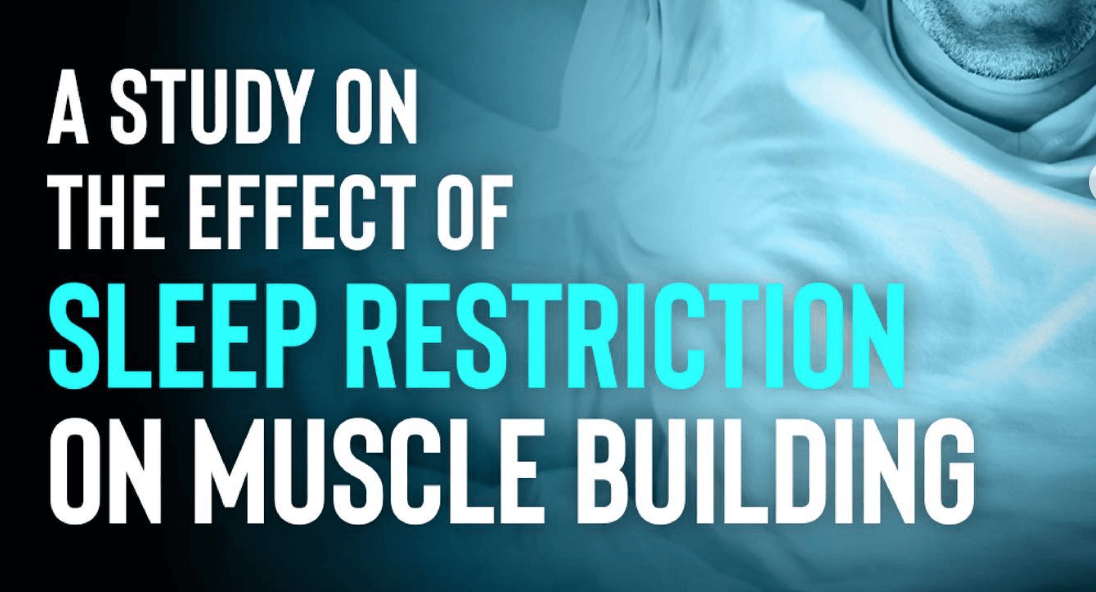 Sleep plays a key role in many physiological and cognitive functions, and it is recommended that adults obtain between 7 and 9 hours of sleep each night. Sleep has also been causatively implicated in the maintenance of muscle mass with an increased likelihood of both sarcopenia and lower total skeletal muscle mass in those reporting insufficient or poor sleep quality.

PURPOSE OF THE STUDY

Sleep restriction has previously been associated with the loss of muscle mass in both human and animal models. The rate of myofibrillar / muscle protein synthesis (MPS) is a key variable in regulating skeletal muscle mass and can be increased by performing high-intensity interval exercise (HIIE), although the effect of sleep restriction on muscle protein synthesis is unknown.

Thus, the study aimed to investigate the effect of sleep restriction, with or without high-intensity interval exercise (HIIE), on the potential mechanisms underpinning previously reported sleep-loss-induced reductions in muscle mass.

Twenty-four (24) healthy, recreationally active men, aged between 18 and 40 years of age, volunteered to participate, having had all procedures and risks explained, and provided written informed consent. Participants were screened to determine their eligibility and rule out any pre-existing medical conditions that may have precluded their participation (e.g., cardiovascular, metabolic, or musculoskeletal problems).

Eligible participants included in the study were:

1) not taking any medications before and during the study
2) not performing shift work (within the previous three months)
3) had regular sleeping habits and had no previously diagnosed sleep disorders
4) had not travelled overseas in the previous two months
5) had a body mass index between 19 and 30.

The participants underwent a protocol consisting of two nights of controlled baseline sleep and a five-night intervention period. Participants were allocated into one of three (3) parallel groups, matched for age, peak rate of oxygen uptake, BMI, and habitual sleep duration.

The study was conducted in a temperature-controlled sleep laboratory with individual bedrooms and was monitored at all times throughout the study by a member of the research team to ensure adherence to the protocol. Sleep was assessed using wrist-watch activity devices worn on the non-dominant wrist and were used to objectively measure total sleep time.

The participants performing HIIE (High-intensity interval exercises) during the sleep restriction intervention were able to maintain their rates of muscle protein synthesis at levels comparable to the normal sleep group, could have important implications for a range of populations experiencing inadequate sleep and lends support to the thought that high-intensity interval exercises could be a viable intervention to lessen the negative effects of sleep restriction on muscle building.

Based on research and coaching experiences, experts indicate that sleep is possibly the most underappreciated and often neglected component in terms of improving one’s overall health and body. Even if some research said that despite having a lack of sleep, you can still maintain your muscle mass or make some gains, you still have to treat sleep as equal to your workouts.

If you are not sleeping enough, then it may significantly affect your performance. The solution is simple. Get more sleep, or if for some reason that’s not possible, lower your total workout volume.

We all know it is hard to get enough sleep, especially for people who have many priorities each day but still consider sleep as part of the training regimen; it is as essential as your workout. Adapt and re-adjust your sleeping habits.