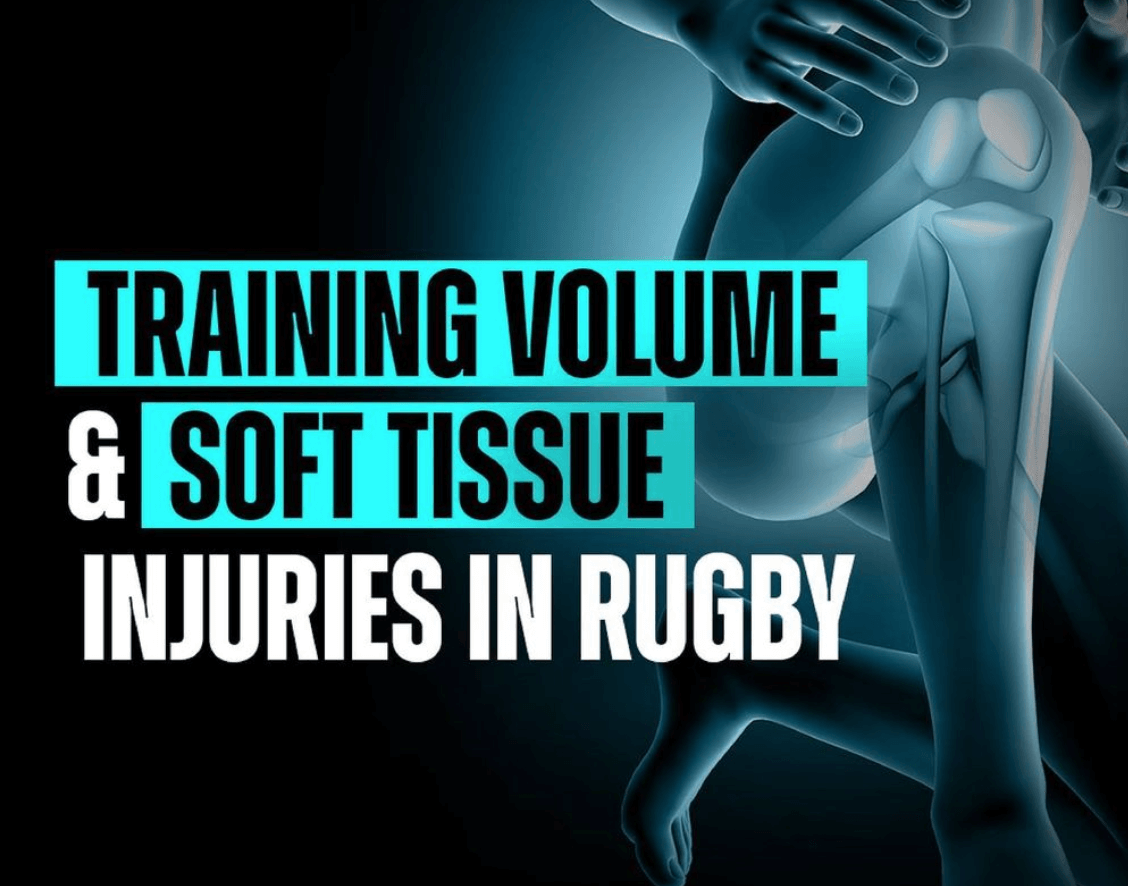 Soft-tissue injuries such as bruises and sprains have been identified as the most common types of injuries sustained by players.

Ligament injuries/strains/sprains and contusions/ haematomas were responsible for 15.7–47.2% and 2.7–46% of total injuries, respectively, in junior (under 21 years) rugby union and rugby league players.

The lower limb region is the most commonly injured anatomical location with 47 injuries/ 1000 hours for senior professional rugby union players and 3.4–46.8% of injuries for junior rugby union and rugby league players.

A systematic search of electronic databases was performed in the study. The search strategy combined terms covering – training volume and injury, and rugby union, and players of all levels.

15 studies were collected and analysed. Studies were included if they reported: male rugby union players, a clear definition of a rugby union injury, the amount of training volume undertaken by participants, and epidemiological data for soft-tissue injuries including the number or incidence.

Muscle, tendon, joint (non-bone), and ligament injuries were the most frequently occurring injuries. The lower limb was the most prevalent injury location.

The results indicate that muscle and tendon soft tissue injury incidence in matches is greater at the professional/semi-professional level of play. The higher incidence of injury in the highest level of play has been reported in studies collected.

Collision events were responsible for the highest injury incidence for all injury mechanisms.

For non-contact, running was responsible for the highest injury incidence. Previous studies show that rugby league players who spent more time running at lower intensities during practice were at reduced risk of lower limb injury, and low-to-moderate intensity running activities may provide a protective effect against injury.

The lack of reporting training volumes in hours per player per week limited the ability of the researchers to investigate associations between training volume and injury incidence.