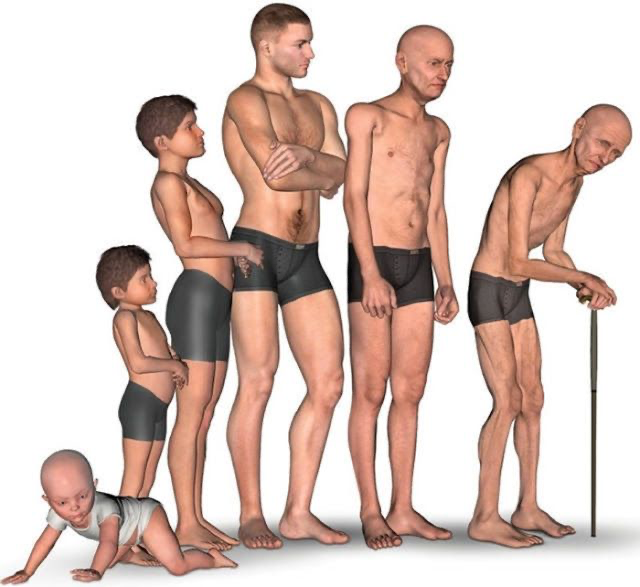 As we age, we lose muscle mass and strength. This weakening with age is formally called

It’s common to hear involuntary loss of muscle mass, strength, and function in your 30s

Most top athletes of popular sports are in their 20s. For example, Olympic Weightlifters on average peak at age 26.

How Age Affects Our Gains

Age did seem to affect biceps curl 1RM strength development, but the researchers said that:

“Although age was negatively associated with improvements in 1RM, the effect of age was small relative to the improvements induced through resistance training, thus suggesting age does NOT limit response to training in any practical way during early adulthood.”

Muscle loss in the general population is well modelled by linear decline starting at age 20.

Check this 2015 data of research below:

You can see muscle mass steadily decline over time as people get older. There is NO ‘breaking point’. It’s slow but constant decay over time.

QUESTION: How can sarcopenia set in in our 20s while rugby players stay in their prime until age 30-40 and scientific research shows our rate of gains also stays the same until at least age 40?

ANSWER: Age is NOT the primary determinant of sarcopenia.  Sarcopenia is NOT primarily a problem of age. Muscle biopsies suggest that muscle tissue does NOT suffer from age per se at all.

What Causes Sarcopenia Then?

A 2010 study concluded: “The primary causes of sarcopenia include a sedentary lifestyle and malnutrition.”

Another 2015 study in high-level masters athletes found NO significant loss of lean body mass or strength from 40 to 81 years of age in people that kept exercising.

Between 20 and 60 years old, our metabolic rate is completely unaffected by age if we adjust for fat-free mass.

After age 60, our metabolism starts slowing down, but the decline doesn’t tend to get worse than 20%.

It’s never too late to start lifting and always too early to stop. While competing with the best of the best in the world may not be realistic anymore after your mid 40s, you can always stay lean and you can likely retain the majority of your muscle mass all the way into your 80s.

Give your body what it needs, stay lean and fit, and it will serve you for many decades for a long and muscular life.