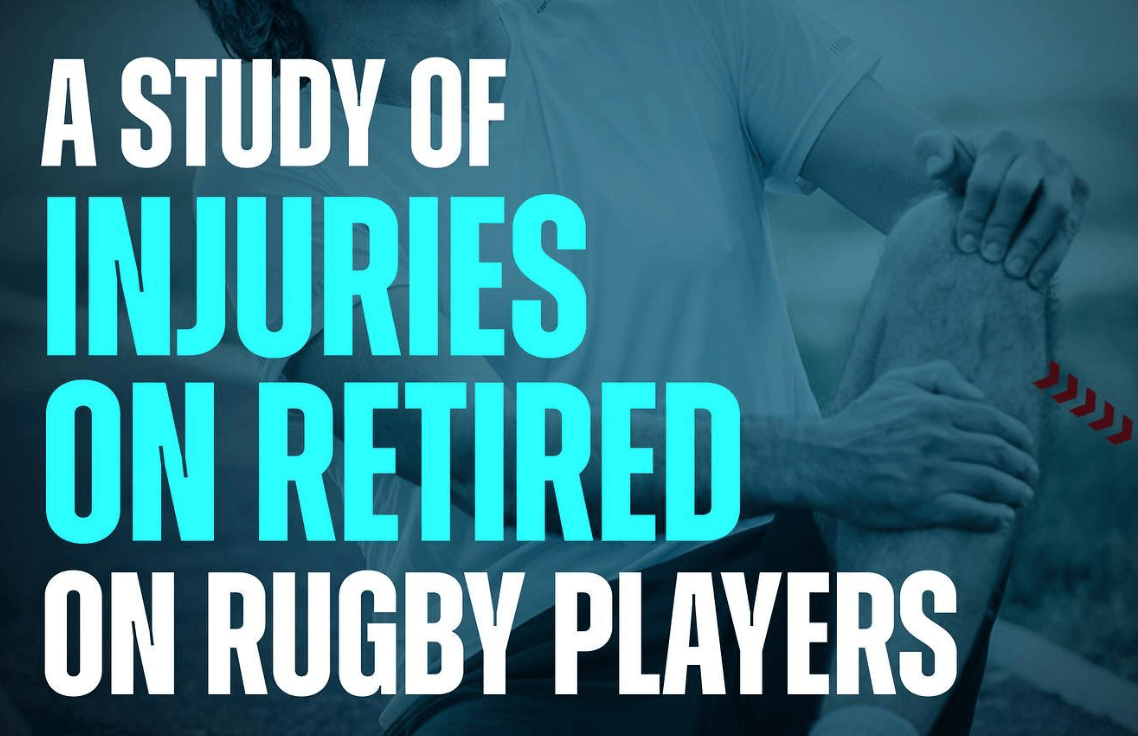 Rugby union and rugby league are popular team contact sports, but they bring a high risk of injury. Although previous studies have reported injury occurrence across one or several seasons, none have explored the total number of injuries sustained across an entire career.

One study providing a 5-year follow-up on injuries occurring during the 1993–1994 rugby union season found that 35% of players reported temporary or meaningful impacts on their education, employment, family life, or health and general fitness from their rugby injury.

Thus, the aim of the study was to report on cumulative injuries and their perceived long-term impact in retired rugby code athletes compared to athletes from non-contact sports.

Concussion was the most frequently reported injury and had the highest recurrence. 81% of elite rugby players and 76% of amateur rugby players reported experiencing at least one concussion during their careers.

Knee ligament injuries and back injuries were also reported to occur at a high rate in retired rugby players and were associated with longer-lasting impacts.

In retired elite rugby players, the prevalence of osteoarthritis was more than doubled than of retired non-contact athletes (51% vs 22%) and was linked to previous joint injuries and surgery.

Current back pain and severe and regular joint pain were high in all former athletes (64%), particularly former elite rugby players (80%)

Injuries occurred more frequently in elite rugby players compared with amateur players suggesting there is no injury type for which there is a protective effect as skill level increases.

Instead, a greater intensity of play, greater exposure to risk, and the financial need or desire to return to play, are likely to be more plausible explanations.

Across multiple injury types, past participation in rugby union and rugby league, particularly at an elite level, is associated with a high cumulative injury load and a continued impact of previous injuries post-retirement.

Efforts should be prioritised to reduce the occurrence and recurrence of injuries in rugby codes at all levels of the sport. Strategies should also be developed for supporting the specific physical health needs of rugby code athletes post-retirement.